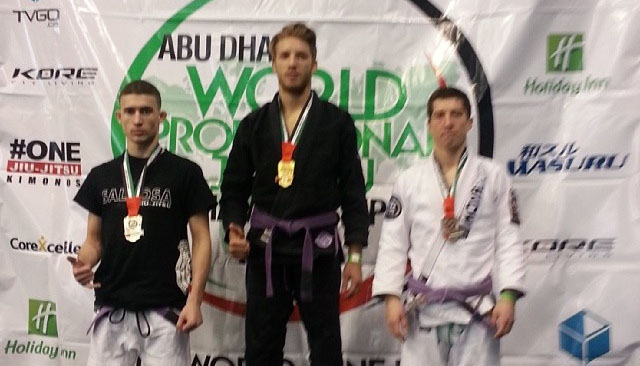 Louis attended the Abu Dabi Pro Trails in Montreal on February 22nd, 2014. He competed in 2 divisions:

In the light feather weight division he had 2 fights.

In the absolute division.

A great performance at a tough tournament! Right now Louis is down in California, and will be competing at the Pan-American World BJJ Championships today! Let’s all wish him luck!